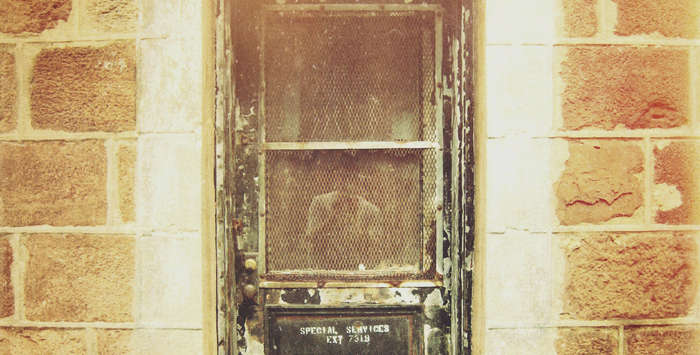 Clocking in around three hours, the more I listen to The Second Room the more I realize this particular story can be divided into three 1-hour chapters and sound like three independent mixes. The original version of Second aired on the Serendipity and Sunday Night Sleaze shows on Proton Radio. The ending song was cut to meet the 3-hour time constraint of both broadcasts.

The first hour is deeply focused, often painted in darker tones with submerged vocal highlights. The Second Room takes its time to get started, but that is intentional due to its overall length. I had the general idea for the arrangement of the first hour nearly set in my mind from the minute I picked up all the respective tunes. I felt compelled to commit my concept to a recording at that moment. I am glad I did. I feel the result is awesome.

The second hour morphs into a harder sound. The groove around 96 minutes sums up the middle act, Chris Liebing’s tunes are just so strong. His track “C” is such a stand-out cut, as expected. I included some Trevor Rockliffe tracks in this mix simply because I have a ton of funky Techno in my collection, but rarely get to explore that sound fully in a DJ set. Again, I think the songs fit the mix perfectly.

Rounding out the third set, some melodic elements begin shining through, helping smooth the journey and end the story tastefully. I love the flow from “Berghain” to the very end with Zoo Brazil. “Shine,” which reminds me of classics such as A Guy Called Gerald’s “Voodoo Ray” or Opus III’s “Fine Day,” brings back a powerful memory for me of when I was dancing at one of my first underground warehouse parties in Philadelphia way back in 1992. I was dancing alone for a moment around 6:00 a.m. in a small, cool, concrete second room with only a single, beautiful blue light shining into the slightly hazy space. The song playing was Transform “Transformations” (which took me ages to find out the name of the song back then). It was such a peaceful moment, as I cooled down from the hard-as-hell German techno, Rotterdam Gabber, and acid tracks annihilating the main room. I was mesmerized by what I still regard as one of the greatest trance songs.

There were so many beautiful Trance records released during that time. Those lush records will always represent the true fabric of trance music to me. I should have mixed “Transformations” into the ending here, now that I think about it. Oh well, that may be a great idea for a future mix. Anyway, enough reminiscing!

I would love to hear about your favorite Trance records from 1992 to 1993.